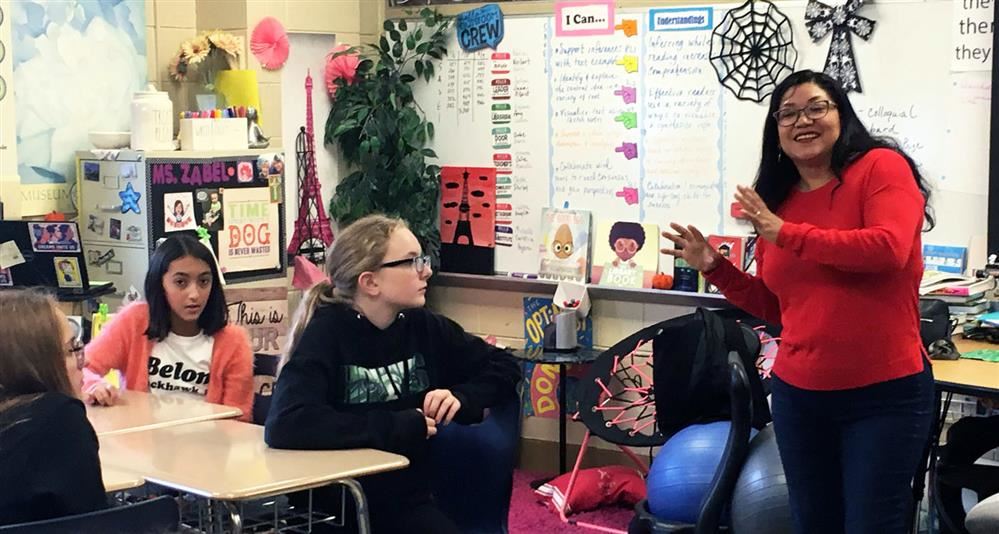 During the day, Reyna visited Blackhawk Middle School to meet with students in Nancy Donohue’s Newcomers class and with Julie Zabel’s Project Lit Book Club. In the evening, she visited with dozens of fans from all over the Chicago area at the library.

Reyna is the author of the bestselling memoir, The Distance Between Us, where she wrote about her life before and after illegally immigrating from Mexico to the United States. The much-anticipated sequel, A Dream Called Home , was released in October 2018. Her other works include the novels Across a Hundred Mountains, and Dancing with Butterflies, which were published to critical acclaim. Her books have been adopted as the common read selection by schools, colleges, and cities across the country.

Reyna entered the United States at age 9 as an undocumented immigrant to reunite with her parents. In The Distance Between Us, she shares her remarkable and inspiring story as she experiences life in her adopted country, discovers her voice, and in time embarks on the path that would eventually lead her to become a celebrated author. Her memoir for young readers beautifully captures the struggle that Reyna and her siblings endured while trying to assimilate to a different culture, language, and family life in “El Otro Lado” (The Other Side).